Ben Westmoreland sits with his 10-year-old grandson Benji Sorrells, the brains behind the birthday celebration.

Westmoreland’s yard was also decorated to aid in the celebration. 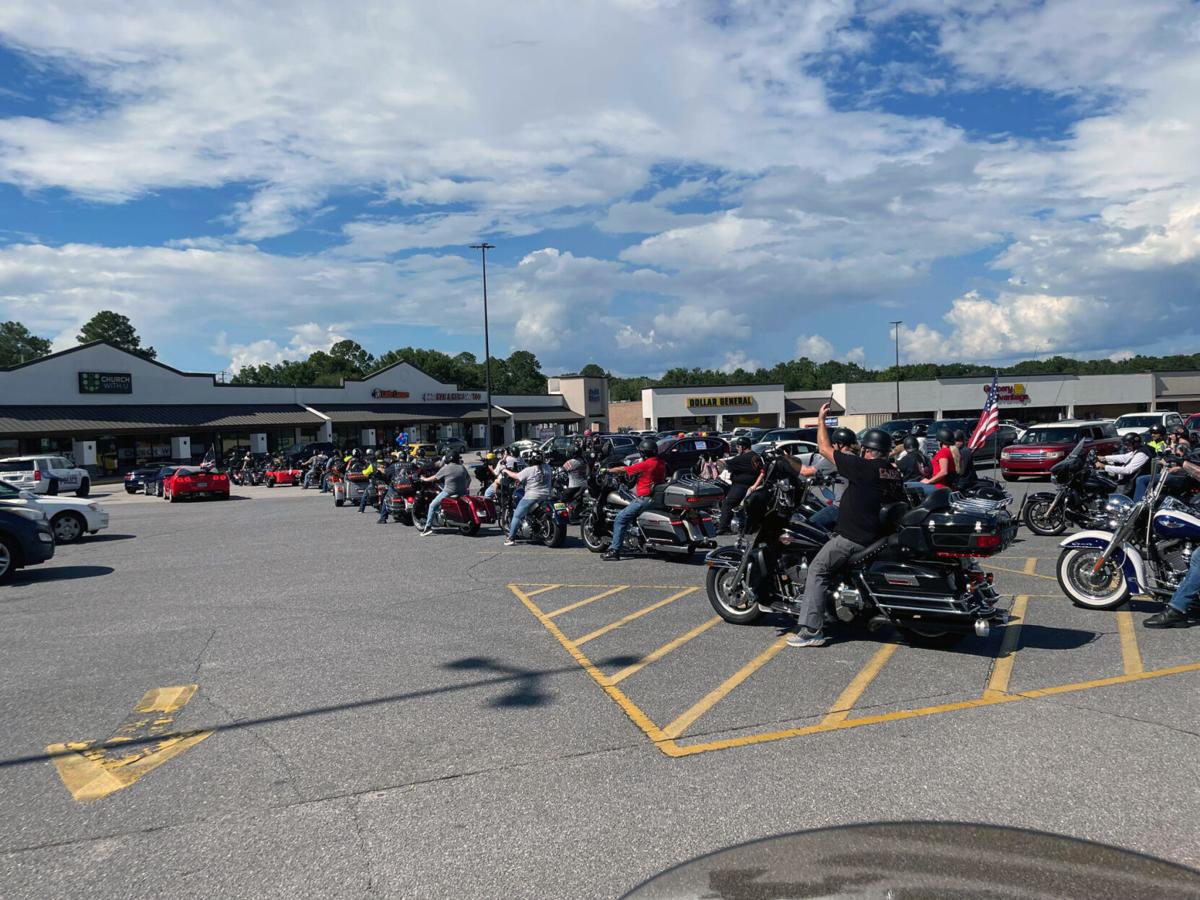 The group organized in Dauphin Plaza shopping center in front of Church With U. Around 90 vehicles, motorcycles and first responders joined the parade. 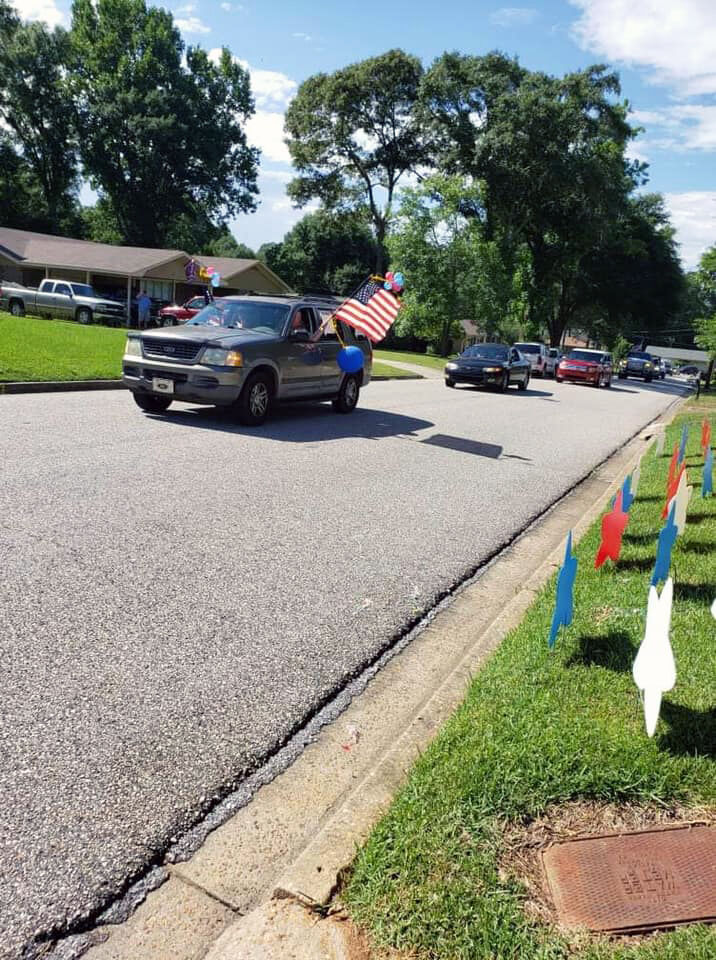 Participants decorated their vehicles with flags and birthday party decorations and yelled well wishes from their windows as they drove by 90-year-old Ben Westmoreland’s residence.

Enterprise resident and veteran Ben Westmoreland celebrated his 90th birthday like no other. His daughter, along with some other helpful Enterprise residents, organized a special birthday drive-by parade on Saturday, June 26 to wish him a happy birthday and thank him for his service.

Sandy Sorrells, Westmoreland’s daughter, said the event was the idea of her 10-year-old son, Benji. Sorrells said that the past year of having to stay at home and do virtual schooling has been hard for him. She said that Westmoreland is Benji’s favorite person in the world and he wanted to do something special for his 90th birthday.

Originally, Sorrells only invited friends and people she knew and expected around 10 people to participate. That was until she posted about the event in the “What’s happening in Enterprise” Facebook group to see if anyone they didn’t know was interested in driving by. From there, the event gained traction.

Sorrels credits both Kristie Long and Ben Jimmerson with promoting the event and making it was it was. Jimmerson, moderator of the Facebook group, and Long saw Sorrells post and wanted to help promote the celebration. Jimmerson created an event on Facebook to get more people involved and both helped to coordinate the event.

“Being a veteran myself and a big military supporter, I thought ‘We’ve got to do something about this so it blows up as big as possible and get as many people there as possible to show this guy that there’s people out here that care about him and support him and want to think him for the time he served,’” Jimmerson said.